What are Vitamins :: Types :: Sources 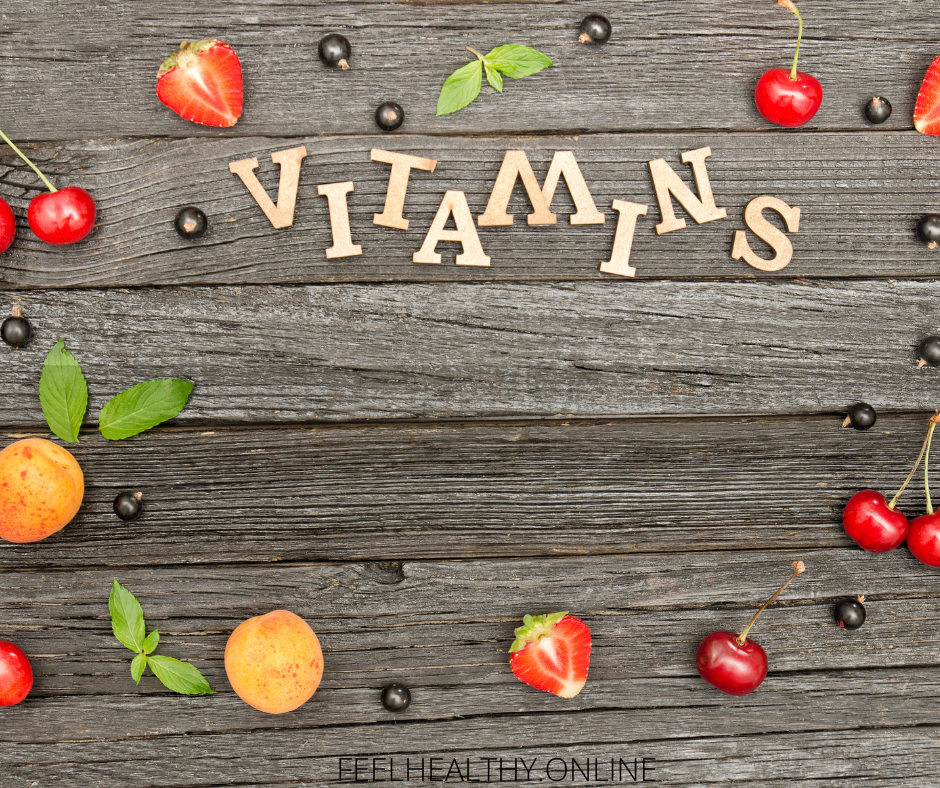 The word Vitamin was coined in 1912 after the Latin word ‘Vit‘  which means life. In fact, Vitamins are essential for the functioning of the body, found in many food substances. They are of many kinds and each vitamin has a separate role in keeping our body healthy. Let’s discuss the 6 most important Vitamins. They are A, B, C, D E, and K.

Why are vitamins essential for us?

Carbohydrates, proteins, fats, water, and salts form an essential part of our food. Vitamins also belong to the same category. Lack of Vitamins can cause many diseases. Some complications like indigestion, weakening of eyesight, general weakness, tiredness, dryness of skin, inflammation of gums, weakening of bones, etc., appear in the body due to deficiency of Vitamins.

Vitamin A is necessary to enable clear vision in dim light.

Redness and inflammation of the eye and gradual loss of vision may follow.

The central portion of the eye (cornea) may lose its transparency and become opaque and soft, and if not treated in time may lead to total blindness.

Good Sources of Vitamin A

There are many vitamins grouped under B – vitamins, but only those whose importance in human nutrition has been well established will be discussed below.

It is an important member of the B group of vitamins.

Prolonged deficiency of thiamine in the diet of humans is one of the main factors in the cause of the disease called beriberi.

In the dry beriberi, there is a loss of appetite, tingling and numbness in the legs and hands, and a dropping of the feet.

While in wet beriberi there is Edema, palpitation and breathlessness, and weakness of heart muscle leading to heart failure.

Besides thiamine, there are several members of the B group of vitamins which are referred to as “B – complex”.

Some of the symptoms usually attributed to an inadequate supply of this vitamin in the diet are soreness of the tongue, cracking at the angles mouth, redness of the eyes, burning sensation in the eyes, and scaliness of the skin in the region between the nose and the angles of the lips.

Scrotal dermatitis can also be a result of riboflavin deficiency.

Lack of this vitamin in the diet causes the disease called pellagra.

Dermatitis appears over the skin that is exposed to the sun such as the back of the hands and feet, and generally, it is symmetrically distributed in the body.

In India, pellagra has been observed in areas where Jowar (Sorghum ) is the main cereal consumed

Good Sources of Vitamin B3

Folic Acid helps in the multiplication and maturation of cells. Its deficiency of this vitamin results in certain types of anemia especially in infants and in pregnant women.

This looks after the surface of the mouth, tongue, and gums. The deficiency of this vitamin adversely affects the inner lining of the stomach and intestines, thereby causing disorder indigestion.

Eggs, meat, milk, and green vegetables are the main source of this Vitamin.

This vitamin helps with the proper functioning of the central nervous system. Also for the proper utilization of food for bodybuilding purposes.

Deficiencies of this vitamin can result in anemia, pains, toughness in arms, and partial paralysis.

Good sources of Vitamin B12

Only animal foods like milk, meat, and liver appear to contain vitamin B12, and hence people subsisting mainly on vegetable foods are prone to suffer from a deficiency of vitamin B12

This vitamin prevents rickets and osteomalacia. Vitamin D plays an important role in the absorption of calcium from the intestine and in the deposition of lime salt in the bone.

Osteomalacia, manifesting itself in the first instance by pain in the bones. A good supply of vitamin D during pregnancy benefits the mother and helps in the satisfactory development of the infant.

It founds in the liver, egg yolk, milk, obtained from animals fed on green pastures and exposed to sunlight.

Common foods of vegetable origin do not contain vitamin D.

Vitamin D is formed in the skin by the action of sunlight. Hence rickets generally does not occur among children exposed to sunlight but are apt to occur in infants living in dark houses.

The cheapest way of obtaining this vitamin is by exposure of the body to sunlight.

Medicinal preparations of vitamin D costs money, while the sun is free.

About 200 to 400 International Units of vitamin D are the daily requirements of a child.

Vitamin E contains antioxidant properties and it also prevents the oxidation of carotene and Vitamin A. Deficiency of this vitamin badly affects the blood, brain, and liver.

It founds in grains and oils.

Green leafy vegetables are a good source of Vitamin K. It helps in clotting of blood on wounds and for prevention of bleeding

If we take balanced food, we get all these vitamins.