8 Essential Mineral Salts for our body 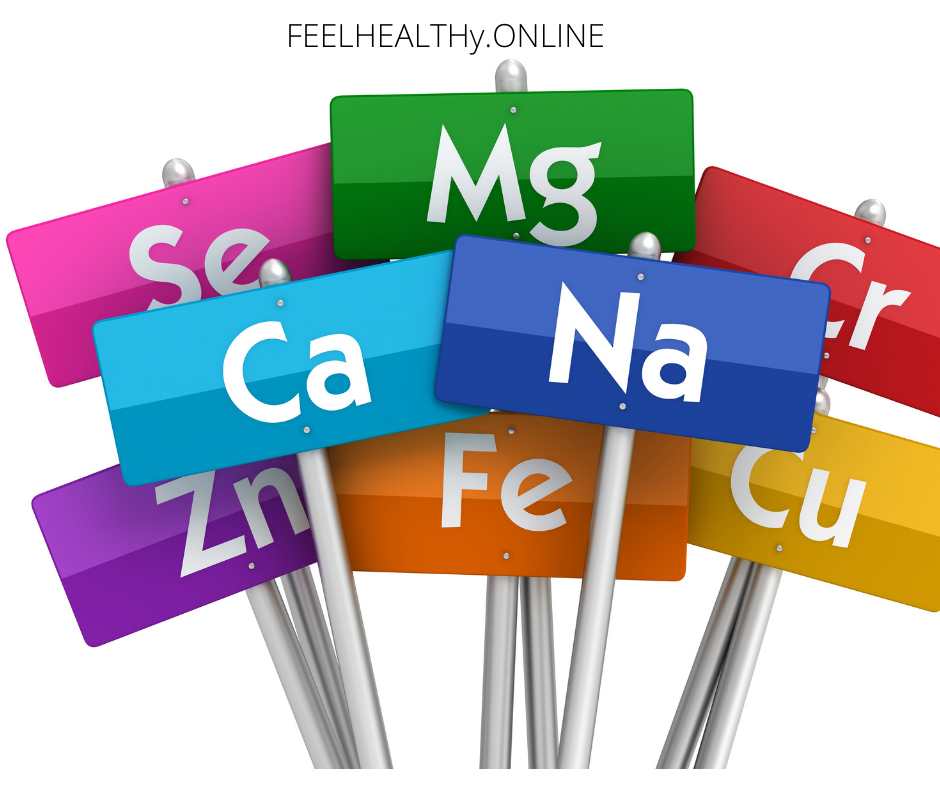 On average, a man eliminates daily about 20 to 30gms of minerals salts. Bones and teeth are made up of mainly calcium, magnesium and phosphorous, and iron is an important constituent of blood. Iodine is necessary for the proper formation of hormone thyroxin.

The bones and teeth are made up of calcium salts and hence calcium is mainly required as a building material for strong bones and teeth.  Without calcium the contraction of the heart would not be proper, the muscles would not contract properly to make the limbs move, and the blood would not clot.

Calcium for Children and Lactating Mothers

Children need relatively more calcium and other minerals than adults do to meet the needs of the growing bones. Pregnant and nursing mothers also require higher amounts of calcium.  A healthy breastfed baby of three months contains a great deal of calcium in its bones, all of which has been drawn from its mother’s blood and milk.

If the mother’s diet during this period is deficient in calcium, then the calcium present in her bones would be depleted, and her health, and probably that of the child also, will suffer. Since there is a huge drain of calcium during pregnancy and lactation, adequate supply of this mineral is essential.

A daily intake of about 0.4 to 0.6gm of calcium by an adult. In the case of growing children, pregnant and lactating women suggested a daily allowance of 1.0 gm.

Next in importance to calcium is phosphorus the utilization of calcium in the body is closely related to phosphorus, because most of the calcium is deposited in the body either in the bones or teeth as calcium.

Phosphorus also plays an essential role in the absorption of carbohydrates and fats.

Cereals, pulses, nuts and oilseeds are all rich in phosphorus.  However, deficiency of phosphorus is rarely encountered in Indian diets, because their diets are predominantly based on cereals.

A well – balanced diet for growing child or for an adult should contain sufficient amount of iron to meet the iron requirements of the body and to allow for possible regional and seasonal variations in the iron content of foods.

The Nutrition Expert Group of the Indian Council of Medical Research considered the various aspects relating to the availability and utilization of food iron and recommended an allowance of 20 to 30 mg of iron in a balanced diet for an adult.

For the prevention of anaemia (a condition in which the haemoglobin content of blood is low), a diet rich in iron would be valuable. Most of the pregnant women are particularly prone to suffer from anaemia.

Deficiency of Iodine causes goitre, a disease characterized by swelling of the thyroid gland in the neck, is prevalent in many parts of the world.  The daily requirement of iodine is about 100 to 150µg.

The iodine required by the body obtained mainly through the drinking water. If there is a low iodine content in drinking water, it would be the main reason for iodine deficiency.

To improve the Intake of iodine by persons include the fortification of common salt with Iodine.

Besides calcium, phosphorus and iron, a large number of other elements are also required for the normal well – being of man.

Apart from foodstuffs drinking water also provides some of the important elements such as iodine and fluorine, and possibly other elements also. Let’s have a look at the below briefly summarized elements.

They are important constituents of fluids present outside and within the cells.  A proper concentration of these elements in the body fluids is necessary to keep the cells in proper shape.

Sweat contains considerable amounts of sodium chloride. To make good loss through the sweat and also to compensate the amount lost in the urine. Including Common salt in the diet is a good source of sodium and chloride.

Normally about 10 to 15gms of sodium chloride through the salt added to the diet. However, people with high blood pressure should follow low sodium diets.

Most of the vegetable foods contain the potassium element in adequate amounts.

Zinc is an integral part of the important enzymes. Some cases of dwarfism and hypogonadism (improper development of sex characteristics) seen in male teenagers due to this deficiency.

In some areas in Andhra Pradesh and Punjab, the amount of fluoride in drinking water is somewhat high. Continued consumption of such water leads to a disease known as fluorosis affecting teeth and bones.

Along with Vitamins, minerals are also essential to our body